Yesterday was a serendipitous day. First, I was very pleasantly surprised by Lisa's comment (and Dave's subsequent response) on the prior post. Then, having pre-caffeine-bumbled my way through a comment response of my own, I headed into the office for a typical morning in San Jose (two customer meetings, a Video on Demand, and a couple of press calls).

One of the calls was from Larry Walsh over at VARBusiness magazine, with whom I did the fun Channel 2.0 event two weeks ago. Larry and I spoke briefly, and his primary question was the same as Lisa's, which was 'what is the future for Second Life, and virtual worlds in general?' 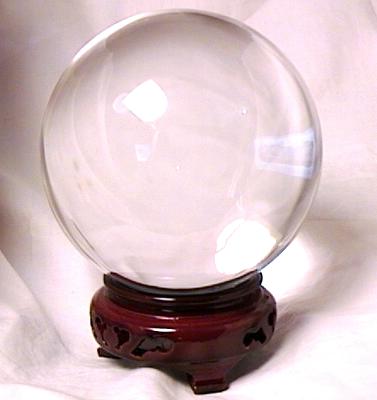 In the next 3-9 months, at least two major players (Google, IBM, Microsoft, etc.), in addition to Sony Home, will launch their virtual worlds to compete with Second Life. They will differ from one another, but each will be a walled garden in the sense that they will not interoperate with one another or other worlds. Before we venture too much farther down this rabbit hole, let me digress for a moment and propose a strawman taxonomy even though one or more probably already exist. First, let's break virtual worlds into a natural order:

(This is my first attempt at capturing this graphically, and it will be evolving, so bear with me)

Let's dispense with the formalities with regards to Walled Gardens vs. Open Network. Incumbents (Linden, Entropia) would argue that their system is open in that it is open source (Linden) or interoperable between worlds within their proprietary software domain (Entropia). In contrast, when I say something is free, I mean free in the same way that I can take this browser, open a tab, and go to Wells Fargo and bank, and simultaneously go to Amazon.com and shop. There are standards that web developers conform to so a wide range of browsers can access their content.

What is needed is a browser-like approach to virtual worlds, where I can walk my avatar from the Black Sun to Amazon to Wells Fargo and retain my avatar, revenue balance, virtual home, and so forth. Ideally, these sites (Amazon, Wells, Black Sun) would be hosted wherever the respective organizations damn well please, rather than being restricted to a specific location or administered by one for-profit company. An Internet model. And no geographic dependencies, so you don't have to worry about sovereign nations projecting their will into the governance or economy.

What we have today is akin to what we had with BBS', and then walled garden providers like The Source, Prodigy, Compuserve, and America Online with proprietary software to access their services. They had specific companies (Sabre) hang out shingles in their administrative domain so that a Compuserve subscriber could access Sabre's travel reservation system, but those people on Prodigy had to use some other travel service (unless Sabre spent the money to be in multiple walled gardens, which is rarely cost effective).

You  can see my orther post in this article.

Right now, I can go to AOL (oh, the irony), Sony, IBM, and a few others within the domain of Second Life. I can go to the excellent Stanford State of Play Academy lectures in There.com, and (if they don't deem me a sexual predator) socialize with teenagers in Virtual Laguna Beach. What I can't do is move one avatar that I have invested my time into between these worlds. (And let's stop calling them planets, which sounds outdated, and use something more esoteric like ''verses' (short for 'metaverses' or 'universes')). To sum up, let us define an attribute of an open network as Avatar Portability between 'verses.

Meanwhile, today, we are just starting the Source/Prodigy/Compuserve/AOL feudal struggles in virtual worlds. Venture money is flowing into new companies making virtual worlds, and large companies are smelling blood in the water as well. As usual, successful early entrants will attempt to fortify their position as much as possible against new competitors (FairPlay anyone?), and there will be some messy consolidation and attrition as the market develops. During this time, the underfunded startups and early casualties will start agitating for open standards between worlds.

Reuben Steiger, the CEO of Millions of Us, refers to this as a 'Las Vegas Monorail' event. His premise is that the only people who wanted the monorail were the casinos that had fewer customers than they wished to, whereas the successful casinos had no incentive to give people a way out of their casino, so, therefore, did not support the monorail. This sounds like AOL/MSN/Yahoo IM interoperability hopes to me.

Having been the successful early entrant in some markets, and the late entrant in others, I regularly play both of these cards shamelessly. If I am first to market, then I rationalize my proprietary walled garden system by saying that there is no standard to support and the customers demand specific functionality now, not five years from now when some greybeards in the rules bodies can agree on the proper sentence structure and obscure acronym for the already-obsolete standard. When I am late to market, I will gleefully tell the market that they are being overcharged by these horrible outdated proprietary systems (like PBXs) and could save money with an open, competitive market (like voice over IP).

As was the case with voice over IP, there is an additional variable in the equation in that there are two markets instead of just one, the service provider/consumer market, and the enterprise market. In this case, an enterprise 'verse would simply be a 'verse for use within a company to allow it's employees and partners collaborate better together, whereas a consumer 'verse would be what we think of now with Second Life or There.com. There will be another juncture (and blog post) about when we need to cross-the-streams between enterprise and consumer 'verses, but I'll save that one for another day.

In the meanwhile, my prediction can be summarized as follows:

1) T=Now. One major vendor, few minor, both walled gardens. (Note: the recent disruptive major walled garden event with China and Entropia is a game-changer and also a future blog post).

2) T= This time next year. Three or Four dominant 'versus competing for customers with status/infrastructure innovation ("Transfer your avatar and property to our world for free from Second Life when you join, no charge!" (American and United regularly do this with frequent travelers)). Voice is familiar, and the 'verse developers have finally figured out that the utility of their 'verse is directly affected by the amount of other data sources they can integrate into their environment (Note: RSS is a fine start, but it's a .0001 on a ten scale). Worldwide adoption of virtual environments as a dominant Internet tool is still <1%.

3) T = 3-5 years from now. Consolidation and attrition have taken its toll, and the 20 balkanized 'verses are down to 2-3 major choices. The clamor from customers for standards is getting loud enough to bear mention in stockholder meetings. Adoption is close to 20% .

4) T = 5-7 years from now. There is a rich, immersive standard with avatar portability, with the major vendors still misbehaving with 'proprietary extensions' to the standard, and we look back and smile at the naive nature of the walled garden 'verses of years past. Adoption is >50%.

In retrospect, I should divide this up into about half a dozen blog posts, as there's a lot more to be said here.

Posted at 08:45 AM in Random Musings, Technology | Permalink